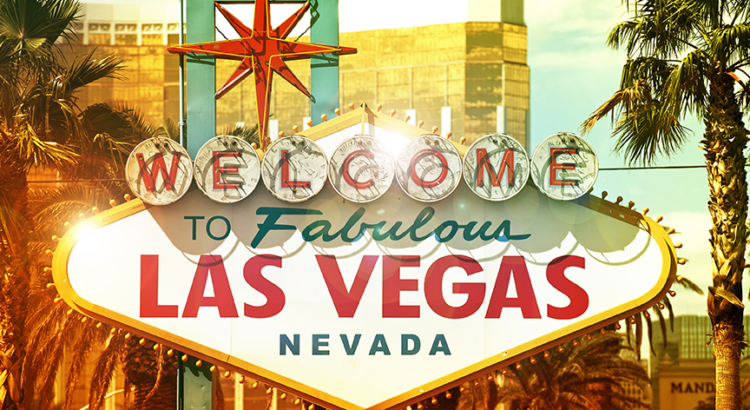 Here’s our take on the Top 10 Reasons To Visit Las Vegas and of course this is just the opinion of VisitVegasNow.org. There are actually hundreds of reason to come visit this amazing place! 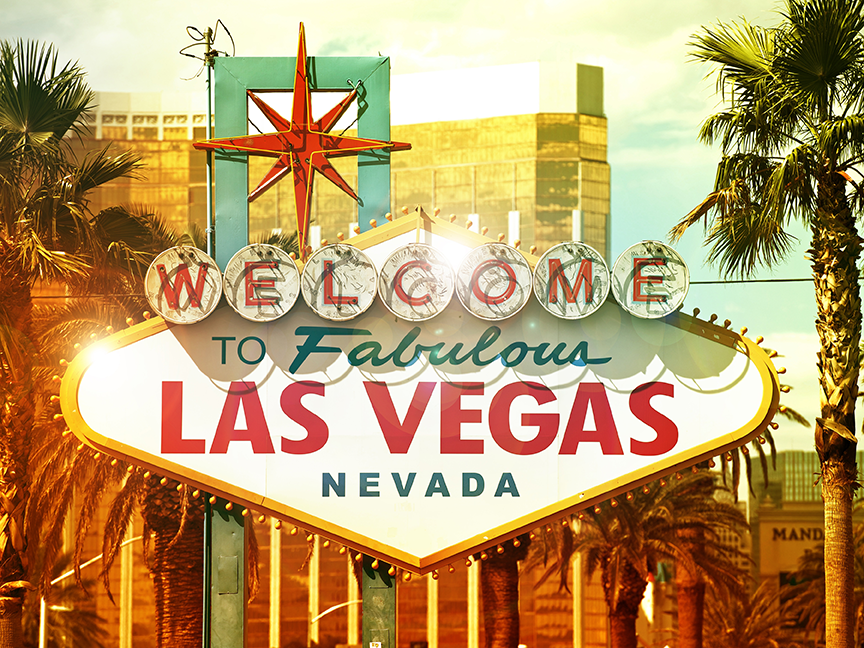 Nowhere are the glitz and glitter of Las Vegas, or its ambivalence, so apparent as along the Strip. This 6-km long thoroughfare (actually a section of Las Vegas Boulevard) is the entertainment capital of the world and home to many of the largest hotels and casinos on the planet. The extravaganza of both its adult entertainment and family favourites makes Las Vegas a city of superlatives. The Strip is a master of reinvention, selling itself on seemingly contradictory values: hedonism one decade, family fun the next. 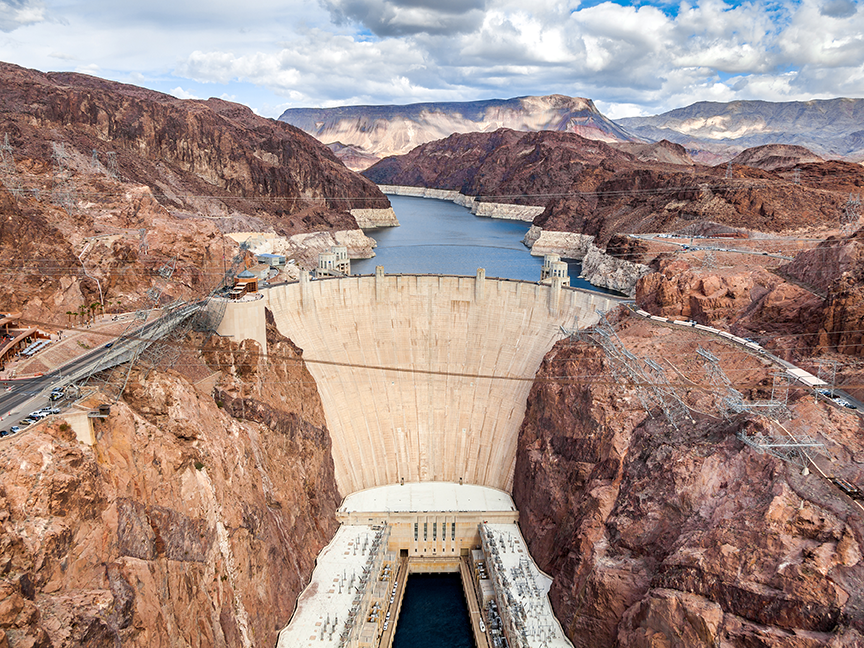 Before the construction of the Hoover Dam early last century, the mighty Colorado River frequently flooded countless acres of farmland in southern California and Mexico. A series of studies into how to tame the rampaging river led in 1928 to the Boulder Canyon Project Act and the subsequent construction of the dam. This colossus of concrete – a triumph of engineering – not only provides flood control and generates electricity, but is also a huge tourist attraction, with nearly a million visitors a year. 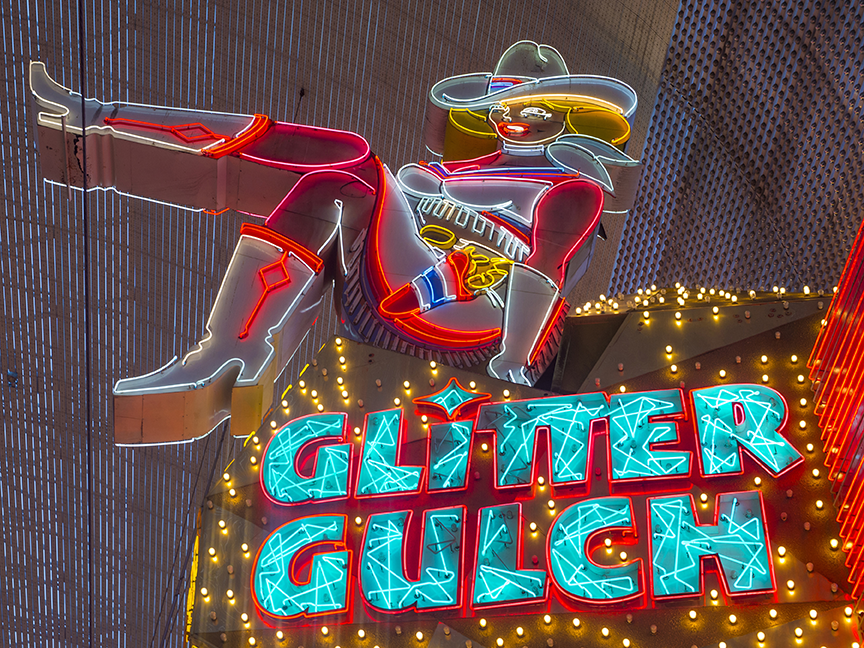 During the 1980s and early 1990s, as the strip became ever more glamorous, the downtown area – including the stretch along Fremont Street known as Glitter Gulch – went further and further into decline. City fathers and casino owners alike agreed that something had to be done to reverse the process and took action to see that it was. The resulting efforts have revitalized the area. Development is ongoing, with the opening of new restaurants and cocktail bars offering a greater range of entertainment for visitors. 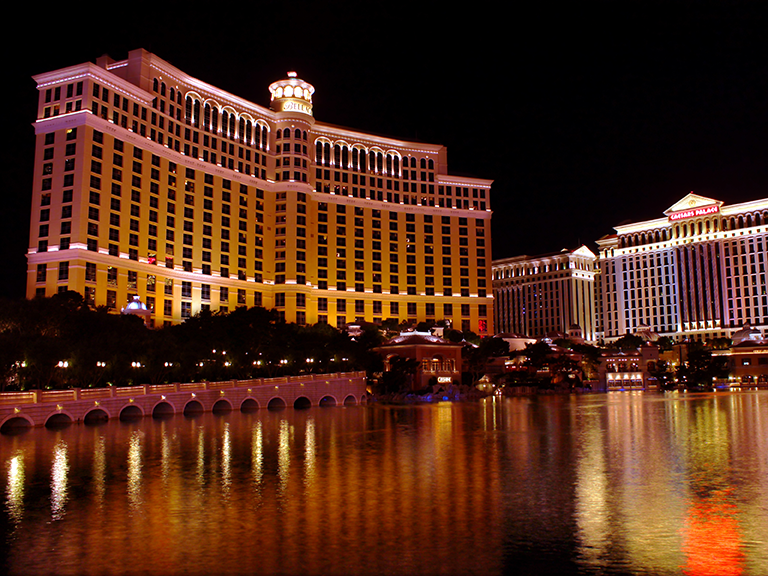 From the flower arrangements in the halls to the fixtures in the bathtubs, Bellagio, built in 1998, is the epitome of perfection. The goal of Steve Wynn, who originally conceived this grand monument to leisure, was to create a hotel “that would exemplify absolute quality while emphasizing romance and elegance – romance in the literary sense, a place of ideal beauty and comfort; the world everyone hopes for, as it might be if everything were just right.” Most people agree that Wynn achieved his goal. 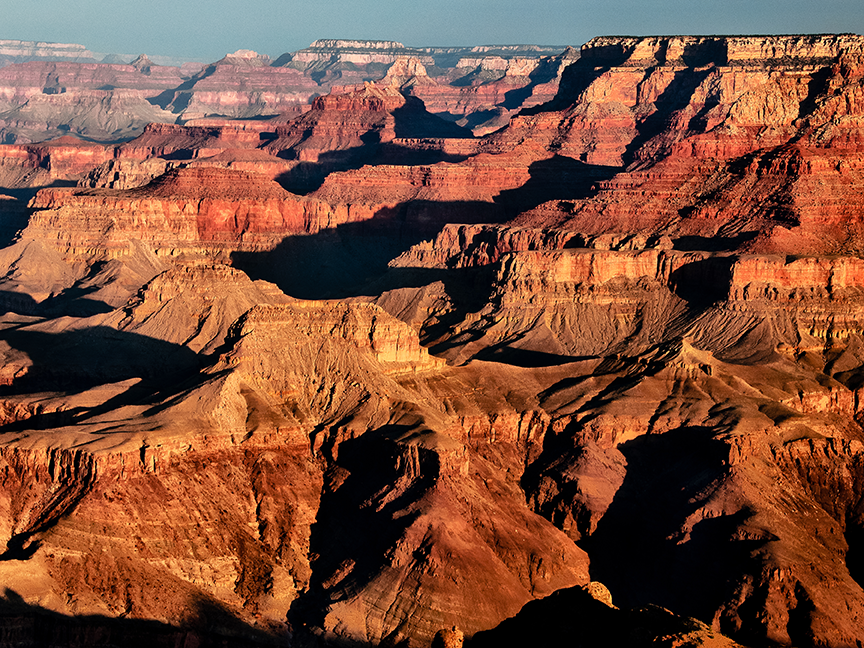 “Overwhelming” and “humbling” are the words most often used to describe the Grand Canyon experience. One of the world’s most awesome sights, the canyon is 443-km long, 16-km wide, and as deep as 1.6-km in places. Because of the vast differences in elevation between floor and rim, the canyon encompasses a range of desert and mountain habitats. The South Rim, easier to access via road than the North Rim, is a five-hour drive away from Las Vegas. 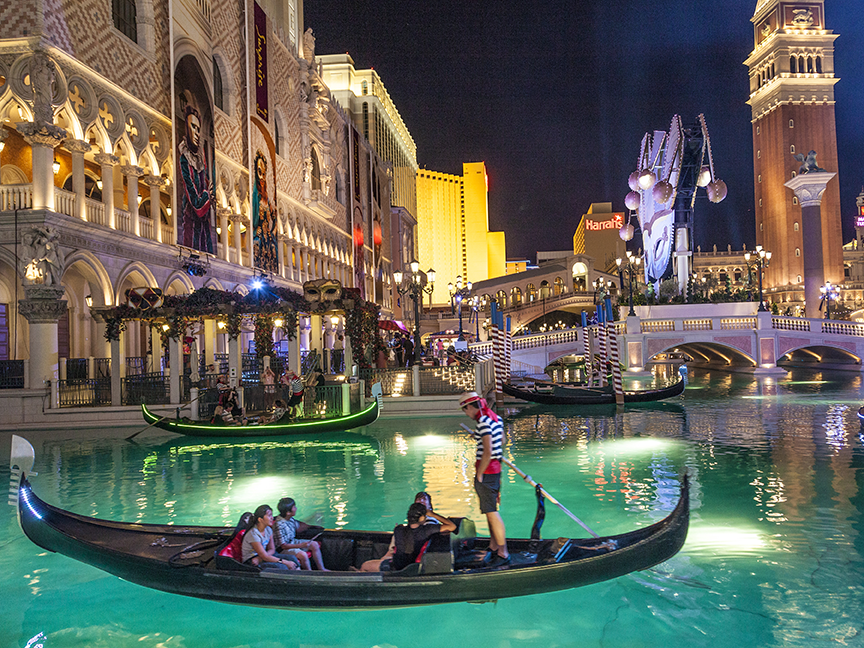 Some months after the opening of Bellagio, Sheldon Adelson was ready to unveil The Venetian. Everyone held their breath. Could anyone possible replicate Venice? Of course not: Adelson imitated this most romantic of Italian cities just enough to catch the flavour but without sacrificing Las Vegas pizzazz. Since opening, The Venetian has announced a number of added attractions – a theatre for live performances, a nightclub plus extra eateries. Venice? Not really. But exciting? Definitely. 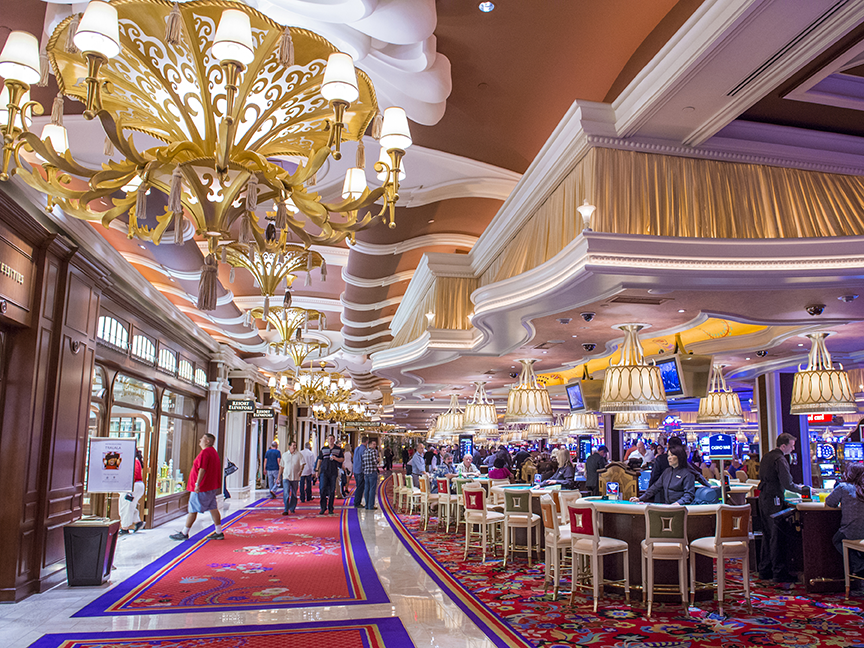 Built on the site of the legendary Desert Inn – once owned by Howard Hughes – this mega-resort was designed to captivate the highest of high-rollers and the biggest of the big spenders. Over-the-top opulence, from its extravagant villas to the automobiles in the Ferrari-Maserati showroom, reigns supreme. Wynn’s sister hotel, Encore, is a luxurious addition to the resort, with its own selection of restaurants, suites, shopping and entertainment. The grounds, with an artificial mountain and lake, are spectacular too. 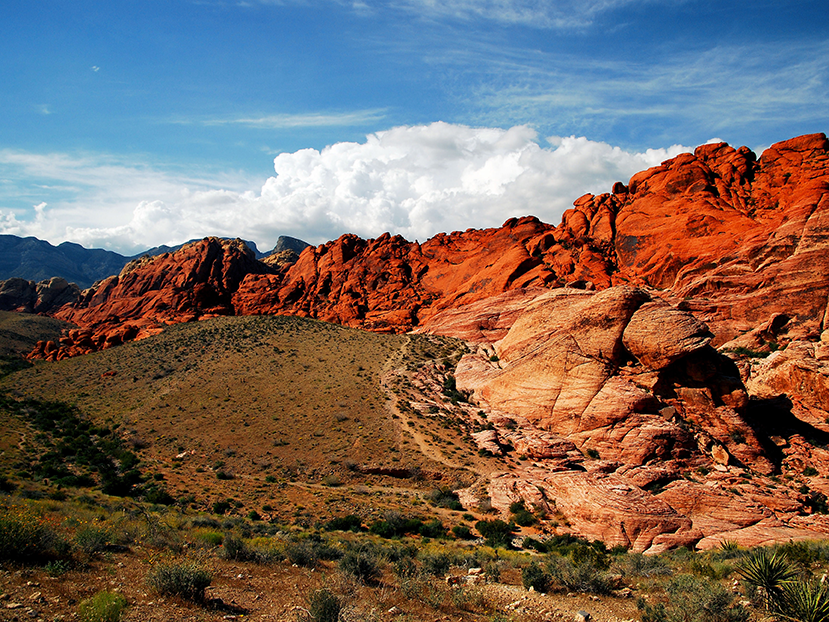 About 225 million years ago, everything at Red Rock Canyon was covered by an inland sea. The escarpment, formations and caves were created after the sea evaporated and wind and rain began sculpting the land. This remarkable desert region lies just 16-km west of Las Vegas. A conservation area since 1990, it is protected from the encroaching asphalt and grass of city expansion. The 21-km scenic road that loops off Hwy 159 provides a good overview, but the best way to explore this part of the Mojave Desert is on foot.

9. The Forum Shops at Caesars Palace 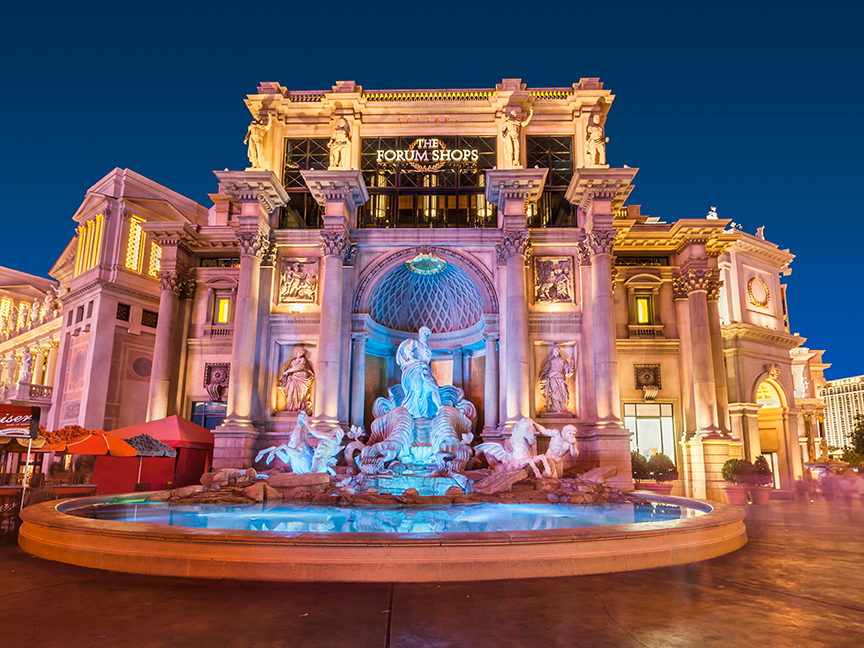 “So many shops and so little time” is the complaint of most first-time visitors to the Forum Shops. Opals from Australia, an endangered species store, couturier clothes, and art galleries – there are over 160 stores in all. The common areas of the complex are open 24 hours a day, so the savvy travellers who want to window shop and get close-up looks at the Forum’s fountains and buildings will stroll its lanes in the wee hours of the morning. 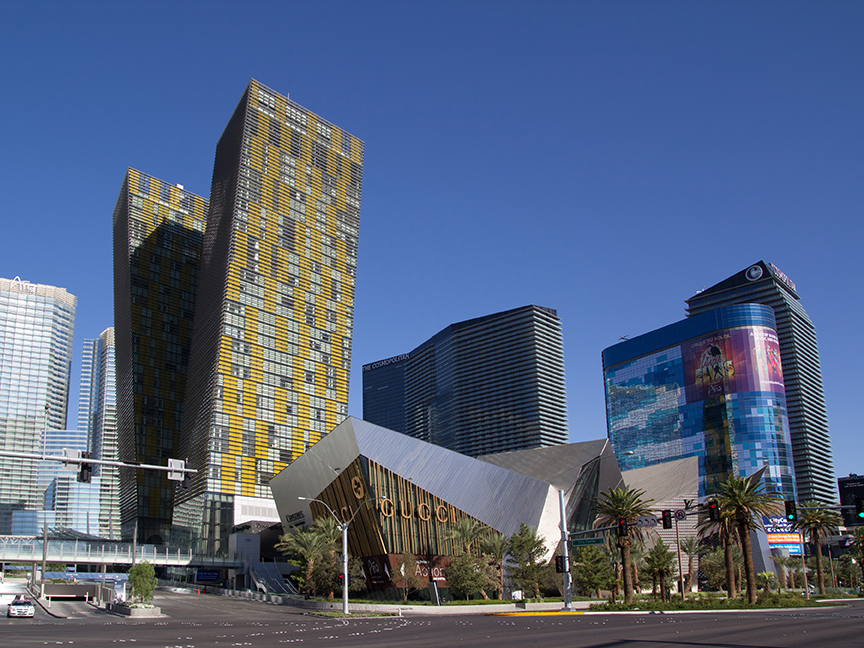 Las Vegas’s largest creation is the CityCenter, a “city-within-a-city” designed to have everything all in one place. Located on 67 acres in the heart of the Strip, the complex is home to six distinct properties – the Aria Resort, Crystals Retail and Entertainment District, the Harmon Hotel, the Mandarin Oriental, the Vdara Hotel, and the residential Veer Towers. The area also encompasses a casino, luxury spas, and several art galleries, all of which are within walking distance of each other. At a cost of $8.6 billion, City Center is the most expensive privately funded project of the United States. 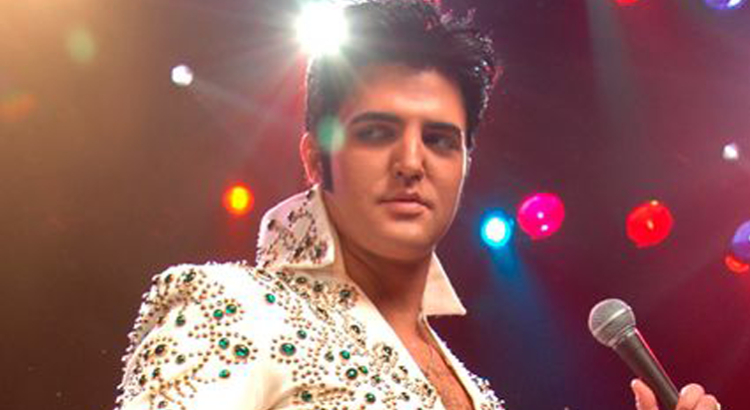 Before you hit the slots, brave the buffets, or snap of pic of your #hotdoglegs by the pool, pay a visit to Sin City’s most iconic sign. Smile — you have arrived!

Among The European Landmarks At The Paris Las Vegas

Where in the world are you? Leave your followers guessing with selfies near the Las Vegas version of the Eiffel Tower, the Arc de Triomphe, and more. While you’re at it, don’t forget to take your best shot…

Riding A Gondola At The Venetian

When you’re there looking fly,
in a boat with some guy,
that’s a selfie!

The Water Show At The Fountains Of Bellagio

Here’s a chance to flex your filter skills. Take a jumping shot or 20, blow a kiss, or make a video to capture the spectacular musical waterscape in action. The show runs every 15 minutes from 8 p.m. to midnight.

#Winning — Or Trying To — At The Casinos

Hey, Big Spender! Don’t forget to take a selfie at the slot machine or blackjack table between games. Bonus points if you ‘gram a jackpot or make it rain in a follow-up shot.

Elvis has left the building, but you can’t until you get a picture with one of his many doppelgängers. Don’t let Uncle Jesse down!

Ready for your close-up in Vegas, baby, Vegas? Enter to win now! 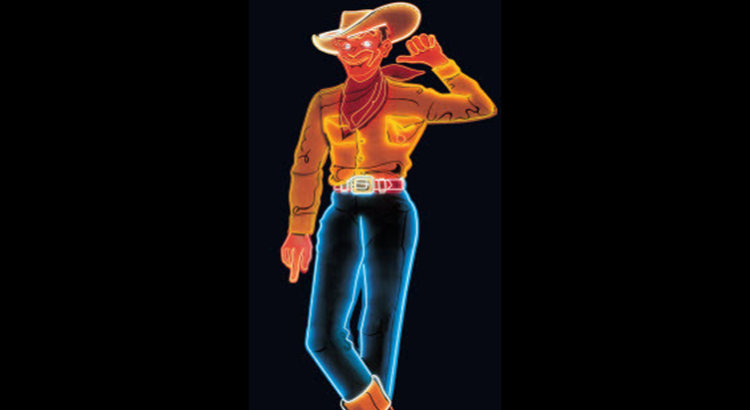 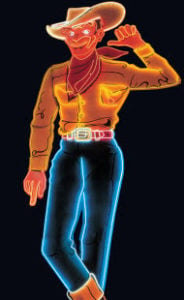 Cabs, double-decked buses, motor scooters, rental cars and the Las Vegas monorail. Heck, you might even flag down a rickshaw … well, maybe not a rickshaw. But all you need to know, geographically, is this: Everything radiates from the Strip.

Uber/Lyft – Ride Sharing
This is the easiest and fastest way to get around town.

Airport Shuttle
The most economical way to get to your hotel.  Shuttles can cost less than $10 for Strip/Downtown.  Check with your hotel for schedules.

Car Rentals
The average price for an economy car in Vegas is around $25 to $30 per day, but the sky’s the limit if you want a little more extravagant.

Limousine Services
See Las Vegas in style for as low as $35 an hour. Options and pricing vary depending on the vehicle and services.

Taxis
Taxi fares begin with an initial charge, then a per mile charge there after; See taxi sign on back of headrest for details. Most taxis now accept cash and credit card payments.

Transportation Network Companies
Riding hailing through apps is available from various transportation network companies. Uber and Lyft are the most popular apps serving the area. A download and registration through the company’s app on a smart phone is needed to use this form of transportation. Be sure to check with airport or resort on designated pick-up and drop-off locations.

Vegas on Foot
You will still cover a lot of the city on foot.  Be sure to wear comfortable shoes and carry a bottle of water, especially during summer months.